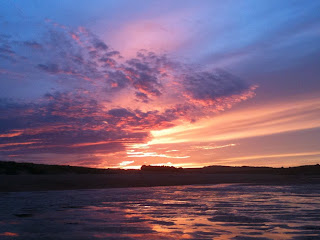 This could be one of my most important posts yet!

That applies globally and it applies on our own door step.

I heard Sir David Attenbrough, one of our greatest naturalists, say this at the Yorkshire Wildlife Trusts 70th Birthday celebration. You can listen to them here too about 8 mins 30 seconds into the video.


Since then I have seen lots of articles about the referendum to leave the EU, but I guess everyone has too.  We've spoken about it at school and I`ve also talked quite a bit to mum and dad about it too. There are lots of articles that pointed out that the environment and nature weren't mentioned much in the discussions before the vote. That seems very wrong as climate change affects all of us. Lots of species are declining because of the way we live and how we use the countryside e.g. Bees are suffering because of pesticides, Hen Harriers are suffering due to 'sport', Turtle Doves because of how we farm and Puffins because warming seas affects their food. In fact the state of nature report found that 60% of UK species are in decline. 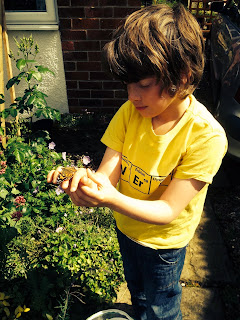 There are other articles that say we should be worried about what might happen now there is a vote to leave as I understand it will mean that European laws wouldn't be in place any more. That's quite a blow for nature as Europe's laws have done a lot to protect our wildlife and environment. There is a lot of information I found in a report that the Wildlife Trust have done, along with WWF and the RSPB on their website which I have linked here.

It basically says that the EU has a great history of protecting wildlife and the environment. Some of the key things that it has done, or is doing, I have summarised below: 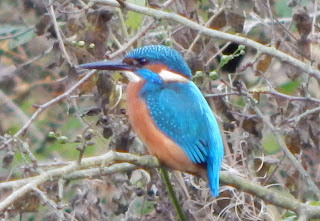 Leaving the EU could most probably mean these laws would not apply any more.  The report has a few points at the end but here are two of them: 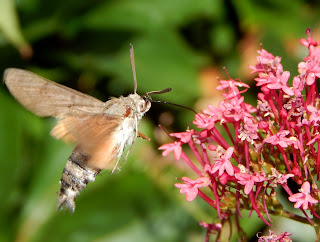 I'm happy that the re-referendum petition is still going strong but the Government's response says a second referendum isn't going to happen.

But I think it's important that we still have laws that protect wildlife, as strongly as the EU's do. 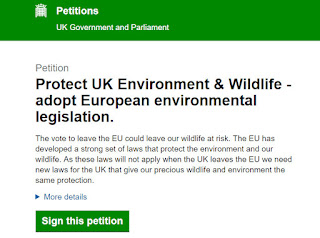 So, speaking of petitions, as I couldn't get a vote as I'm too young, I still want to have a say! So I've created my own petition to ask the Government to make sure that we have strong laws to protect our wildlife and the environment. You can sign it here.

One weird thing is, another petition was published on the same day as mine, about 800 petitions after mine was published, and it's pretty much identical. I didn't think this was meant to happen (that was why my plastics one got rejected as another one was almost the same as it) so I think it might be best if you to sign it as well here as it is such an important issue.

I hope you agree with me and Sir David about this important issue, and I'm going to try and get lots of other young people that didn't get a say to write posts on this subject, and the petition, to try and get the government to take notice and to protect our natural world. I'll update you on any posts that are written.

One last thing, here's a bit more inspiration about how important it is to look after the natural world, which was in one of my earlier posts - This Earth is Precious