Hi all today's Day 177 and I have been up near the North York Moors in a forest where we see incredible amounts of wildlife. Just on the road up to it we saw rabbits, birds, horses (not wild, but they were tiny!) and the bird that I am covering today. This bird was one that we had never seen before (in this form at least). It was an interesting bird to see so I got my camera out straight away and started taking photos.

Obviously you can tell that it's a Pheasant but Pheasants aren't blue are they? Well they are if they are mutants! They aren't technically mutants they are just oddly coloured 'Melanistic Morphs'. David Renwick told me this. Thanks for that Dave! They are very interesting birds to see so, even though I have already covered Common/Ring-Necked Pheasants in a previous post, I thought I'd do a post about them today.

So, here are the facts: 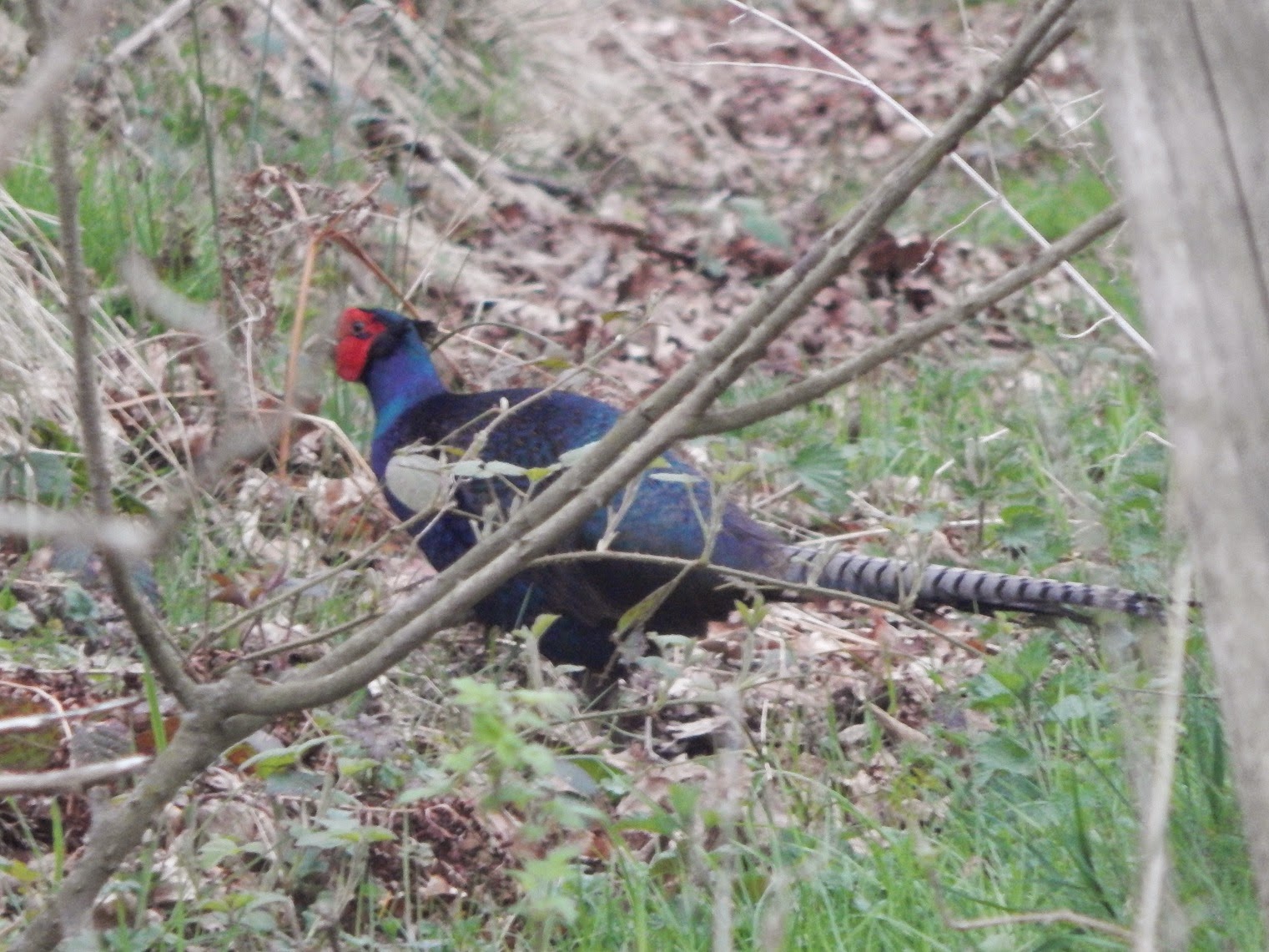